5 Best Cities for Dogs and Their Owners

When you live in a city, it’s difficult for your four-legged friend to get the exercise a dog wants and needs. Of course, there are some cities that accommodate dogs better than others, but which are they? 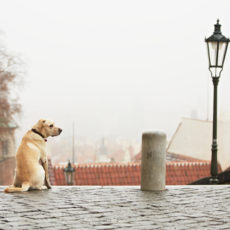 Los Angeles is usually thought of as a sprawled city, packed with people and polluted from the heavy traffic. But did you know LA also has some of the best parks in the United States, especially for dogs. For instance, Laurel Canyon Dog Park is known for it’s off-leash policy, as well as it’s simple location. Many Hollywood actors visit this park with their loyal friends, as it’s so centrally located near many apartments and homes. While your dog makes some new friends, you can scan other owners for familiar faces.

This isn’t just a dog park city, though Portland does have 33 different dog parks, this city is a dog lover’s dream. And that might just mean, it’s your dog’s dream as well, especially with 19 canine message therapists in the city. But the dog-mania doesn’t stop here; the Tin Shed Garden Cafe has a doggie menu, and the Lucky Labrador Brew Pub has a kibbles and bits breakfast for your spoiled pooch. Whether you let your dog run free in the leash-free parks, or you take your best friend to breakfast is up to you, but these options make Portland one of the best dog cities in the country, and perhaps the world.

Chicago has three dog friendly beaches, and Montrose Dog Beach is even an off-leash one. Chicago has 18 other off-leash parks, like Norwood Park Dog Park, which is complete with doggie toys, and even swimming pools for dogs in the summer. Many of Chicago’s dog parks have different sections, one for smaller dogs and one for larger ones. With so many options, it doesn’t matter where in the city you live, you’re never far from a good walk, and a great dog park.

A pet-friendly apartment is difficult to come by in New York City, but in the Upper East Side, there are a couple dog parks near Central Park, Andrew Haswell Green Park, or closer to the river and Carl Schurz Park. There are also a whopping 166 pet stores listed on Yelp for this area, which makes the Upper East Side, a real hotbed for dog lovers. Midtown is also accommodating for your four-legged friend, as the easy access to Central Park is perfect for long dog walks. In the summer, Central Park is a lush green paradise, and when autumn comes, you’ll be treated to a colorful show.

Seattle has 11 off-leash dog parks, as well as an outdoor shopping mall with many outdoor and dog-friendly shops. If your pooch is a well-behaved one, take him on the Fremont Sunday Ice Cream Cruise, where you can eat some sweets and see the city from the water. While this may not be a dog walk, per se, it definitely makes Seattle a dog-friendly paradise.

Find a dog park wherever you travel to get your best friend’s ya-yas out.

One thought on “5 Best Cities for Dogs and Their Owners”