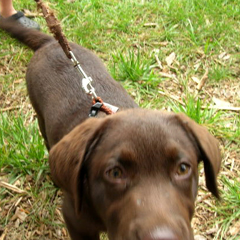 The Kennebunk Dog Park is a town of Kennebunk recreational facility operated for the benefit of the greater Kennebunk community including the towns of Kennebunk, West Kennebunk, Kennebunkport and Arundel. The park provides a safe, fenced, natural environment where dogs can exercise and socialize off-leash. It is free and open to the public every day from dawn to dusk.

A generous gift to the Animal Welfare Society of West Kennebunk in 2004 initiated the park concept. The Animal Welfare Society worked to establish this public park by inviting the community to get involved. An enthusiastic group formed the Kennebunk Dog Park Committee. The town of Kennebunk responded to this citizen initiative by allocating and preparing the Sea Road site as a permanent location and by agreeing to provide regular trash pick-up at the park.

The all-volunteer Kennebunk Dog Park Committee manages the park. They coordinate administrative matters, maintain the grounds and raise funds to keep things going. The Animal Welfare Society is represented on the Committee and continues to be a major supporter. The AWS can receive tax-deductible contributions for the Kennebunk Dog Park. The AWS has also agreed to serve as a communication link with the Committee to relay concerns and suggestions. The Committee welcomes all of those interested in joining the effort to make this a great canine park!

On Saturday, August 9, 2008 a gazebo was dedicated to the memory of Gordon and Anna Robinson at the park. The gazebo was a gift from the Gordon Robinson Scholarship Fund. The Robinsons were both animal lovers whose lives were greatly enriched by the companionship of their dogs.

Please login or register to add your review.